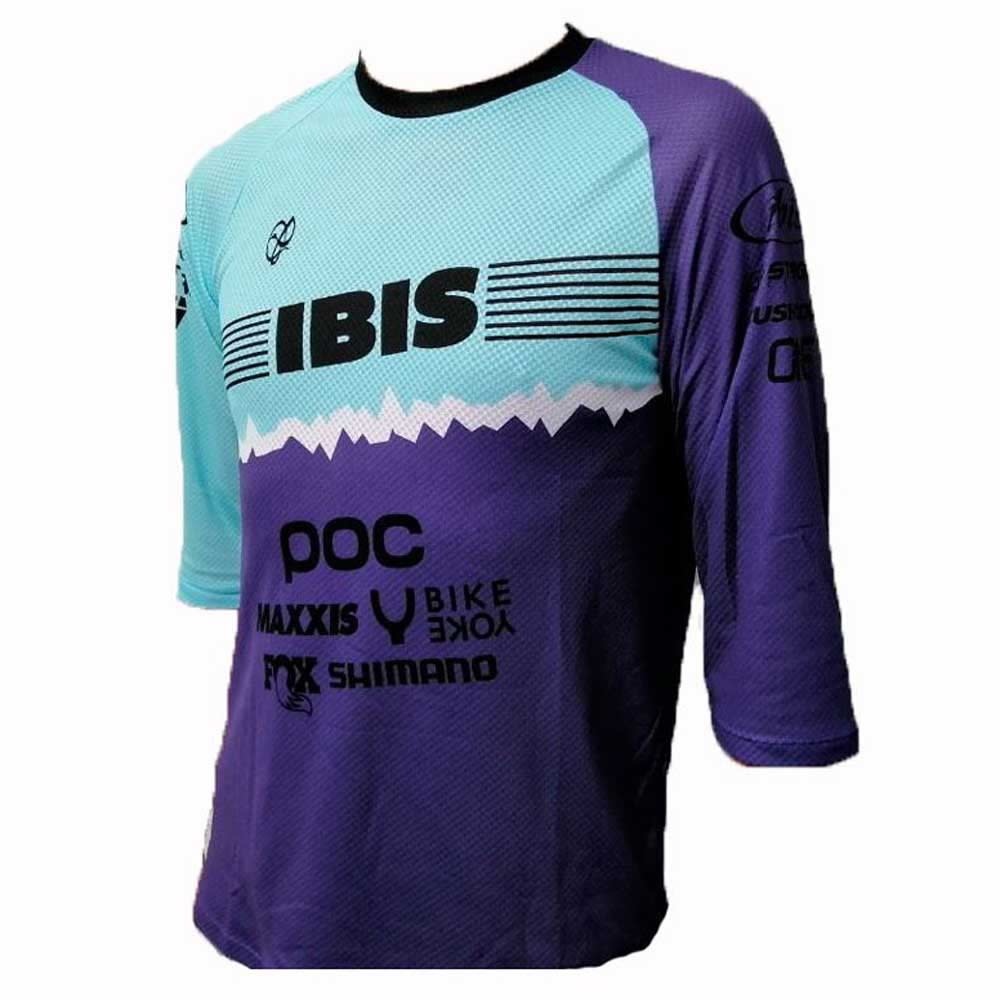 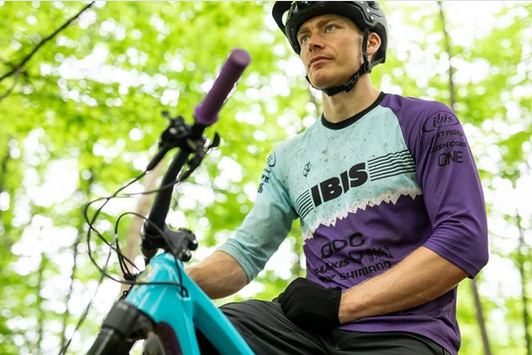 Are you a fan of the Enduro World Series? Do you want to travel in the way back machine? Our retro inspired 40th year anniversary ride jersey is here for you!

In the early 1980s, a hippie from Northern California started building pretty blue and purple steel mountain bikes and a young trials rider named Andy Grayson helped make them famous. After winning two consecutive National Observed Trials Championships, Grayson was asked to appear on both the Johnny Carson show and David Letterman show. The latter appearance may or may not have cost him a summer job at a bike shop.

During the appearances, producers asked Grayson to wear a plain T-shirt, but he insisted on wearing his race jersey. The video segment was broadcast to millions of homes across the world and helped launch the brand into the national spotlight.

To celebrate our 40th anniversary, we’ve partnered with Swedish apparel and protection brand POC to create a retro-inspired version of Andy’s iconic jersey and socks. A key sponsor of the Ibis Cycles Enduro World Series team for seven years, POC was an ideal choice for this project.

“When we decided to develop performance apparel that paid homage to our racing and brand heritage, POC was our first call” said Tom Morgan, Ibis President. “Our customers have been asking to purchase the team issue POC jerseys for years and we’re happy to make them available for the first time ever.”

Oscar Huss, head of product at POC, added “Ibis have unquestionably led the way in mountain biking. To compare the bikes from forty years ago with what we now ride is incredible. Despite the change in bikes and the industry, Ibis’ focus on innovation and pioneering new ideas has remained constant. It has underpinned our partnership over the years and makes the launch of the anniversary kit even more meaningful and enjoyable.”